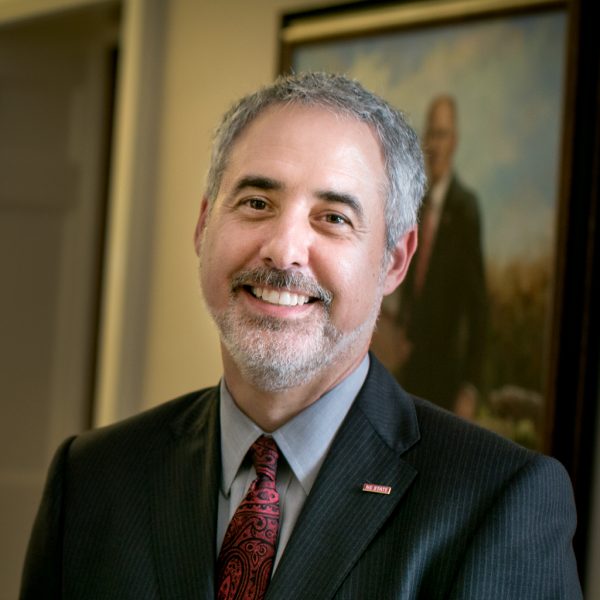 In 2008, Dr. Marc Hoit became NC State’s first vice chancellor for information technology and CIO. In that capacity he has led the development of a campuswide IT strategic plan and an IT governance structure, and he has launched key foundational projects that have improved the efficiency and effectiveness of IT on campus. He is also a professor in NC State’s Department of Civil, Construction and Environmental Engineering. Hoit has won numerous awards for both his structural engineering work and his IT efforts. He previously held numerous administrative positions at the University of Florida, including interim CIO, director of student PeopleSoft implementation, associate dean for academic affairs administration and associate dean for research in the College of Engineering. Hoit was the co-principal investigator (with researchers from UNC-Chapel Hill and SAS) for a grant from the U.S. Department of Homeland Security to develop an early-warning system for health-security concerns. He was also the PI for the development of DIGGS, an international-standard XML schema for transferring transportation information, which is now an ASCE Geo-Institute standard.

Hoit is chair of the IT Committee for the Southeastern Universities Research Association and was recently an Educause board member. He is a fellow of both the American Society of Civil Engineers and the Structural Engineering Institute. He earned his B.S. from Purdue University and his M.S. and Ph.D. from the University of California, Berkeley.